Is the Comprehensive Care for Joint Replacement (CJR) Model Working?

The first mandatory bundled-payment program from the Center for Medicaid and Medicare Services (CMS), known as the Comprehensive Care for Joint Replacement (CJR) model, was implemented with the goal of better supporting patients undergoing the most common inpatient surgeries billed to Medicare: hip and knee replacements. The CJR model is also one of many CMS innovations that incentivize higher quality of care and reduced provider spending.

According to Definitive Healthcare data, MS-DRG 470 (major joint replacement or reattachment of lower extremity without major complications or comorbidities) ranked as the fourth highest inpatient diagnosis in 2019 — with 1,234,651 total diagnoses.

How does the CJR model work?

A CJR ‘episode’ begins when a patient is admitted to a participating hospital and is ultimately discharged under either MS-DRG 469 (major joint replacement or reattachment of lower extremity with major complications or comorbidities) or MS-DRG 470 and ends 90 days post-discharge.

Annually, CJR participating hospitals receive unique episode target prices for MS-DRGs 469 and 470. All providers and suppliers are paid as usual when billing Medicare throughout the year. However, at the end of each CJR performance year (of which we’ve seen approximately five thus far), actual spending for these episodes is compared to the provided Medicare target episode price. Depending on a hospital’s quality score and total episode spending, a participant may receive an additional payment — or be required to repay Medicare a portion of its episode spending.

How is CJR hospital participation decided?

When we open the scope to account for all payors, however, the average payment per claim for major joint replacements jumps up by approximately 300% at $152,433. How much of this massive differential can be attributed to CJR specifically is hard to say — but it appears that CMS is doing something right here, regarding overall cost of care when it comes to major joint replacements.

Definitive Healthcare has no shortage of CJR related content to catch up on. Read any of these other great relevant articles for more information:

If this content is resonating with you, then you’ll also be excited to know the Definitive Healthcare Platform will now be incorporating CJR data. 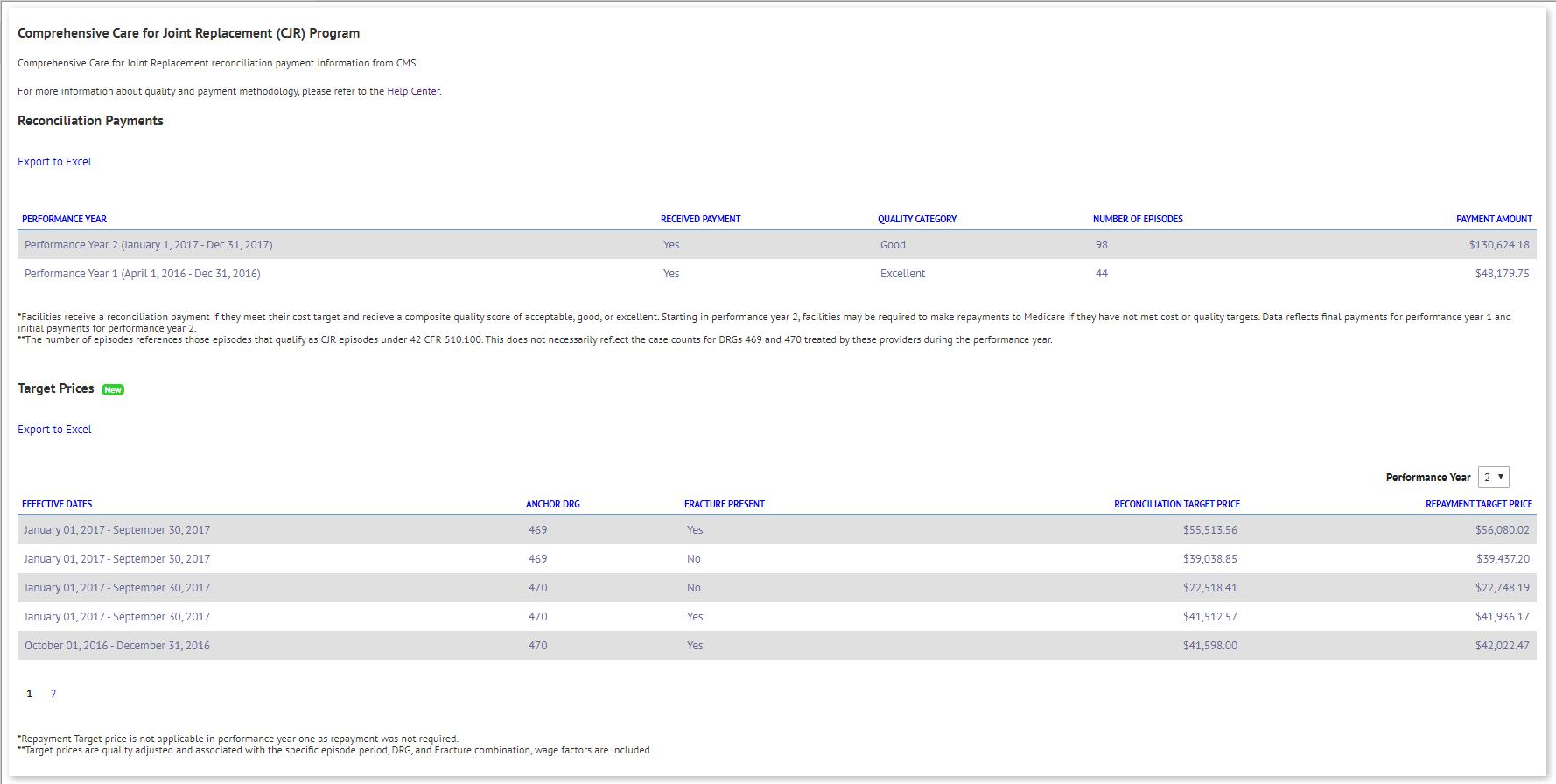 Starting April, 17, any Definitive Healthcare partner with a Hospitals & IDNs subscription will be able leverage CJR target prices and performance year data for all their analytics needs.