Who are the physicians graduating from top HBCUs?

February is Black History Month, a period dedicated to the achievements, struggles and historical significance of Black Americans.

This annual observation is a great opportunity to examine a few of the medical schools associated with historically Black colleges and universities (HBCUs) and the physicians who earned their medical educations there.

Some of the nation’s top medical schools are part of institutions initially founded to serve the needs of African-American students.

In this blog, we’ll look at the attributes and trends of physicians who graduated from Howard University College of Medicine, Meharry Medical College and Morehouse School of Medicine. These medical schools represent three of the oldest HBCUs and hold an important place in the history of medical education.

In 1965, President Lyndon Johnson declared to Congress that higher education was “no longer a luxury but a necessity.” His directive was clear: make college more accessible for all Americans.

The law also designated funding for educational institutions predominantly serving Black Americans, who had achieved legal equality less than a year earlier with the passage of the Civil Rights Act of 1964.

The Higher Education Act of 1965 defined HBCUs as higher education institutions founded before the Civil Rights Act of 1964 to serve the needs of African American students.

Today, the U.S. Department of Education recognizes 107 HBCUs, with 104 remaining in operation.

About 3,297 graduates from these three HBCU medical schools are clinically active today, according to analysis of medical claims data from PhysicianView. Just over 71% of that cohort fall under 10 primary specialties. A quarter of the cohort are practicing internal medicine or family practice medicine. 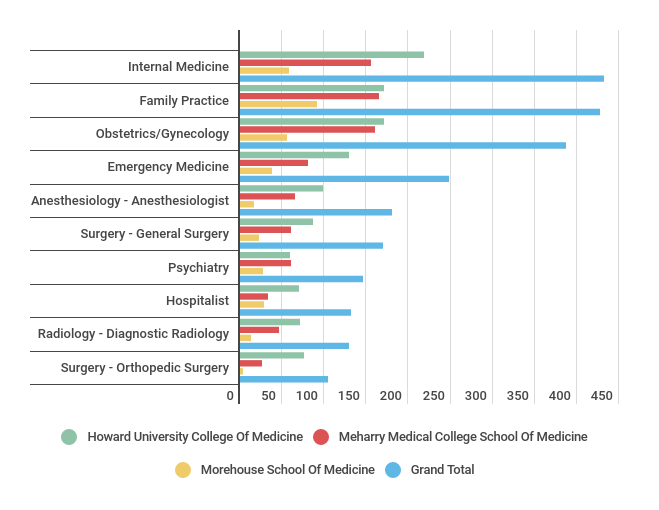 Women represent about half of HBCU grads since 1996

The first female physician from this cohort graduated from Howard University in 1966, but women wouldn’t represent half of these schools’ medical graduates for another 30 years. Graduate demographics have since begun to trend in the opposite direction: the majority of graduates at these schools have been women in most years since about 2003. 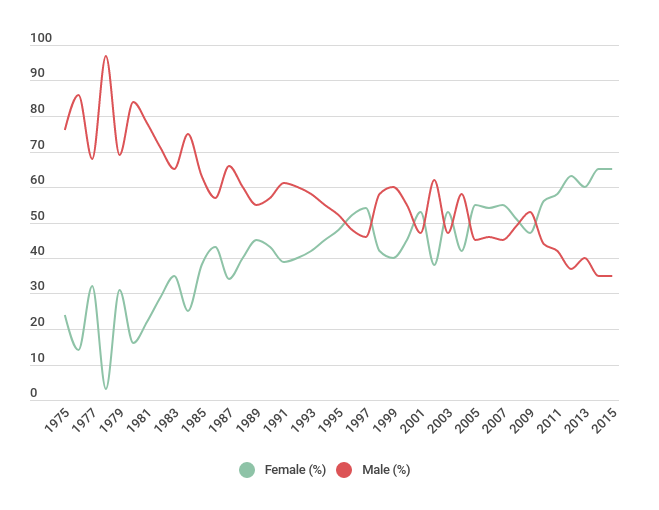 Which HBCU grads are billing Medicare the most?

Most graduates from Howard, Meharry and Morehouse are mid-career: The average age among these schools’ active physicians ranges from 48 to 54, with Morehouse grads skewing younger.

In terms of total lifetime Medicare charges, Howard University graduates pulled in more than double what their Meharry Medical College peers did. Likewise, Meharry grads have billed for more than twice the dollar amount of those from Morehouse. 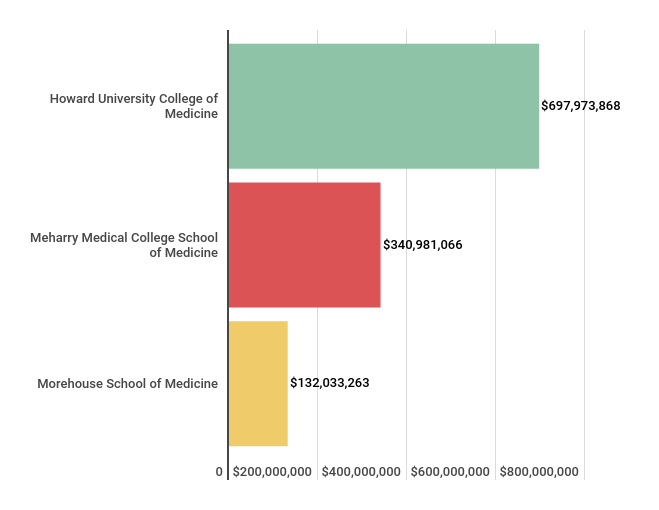 The margins narrow considerably when you examine the average value of charges per physician from each school, but Howard University still takes the lead. This suggests Howard graduates are not only billing for more procedures but potentially performing more expensive procedures, too. 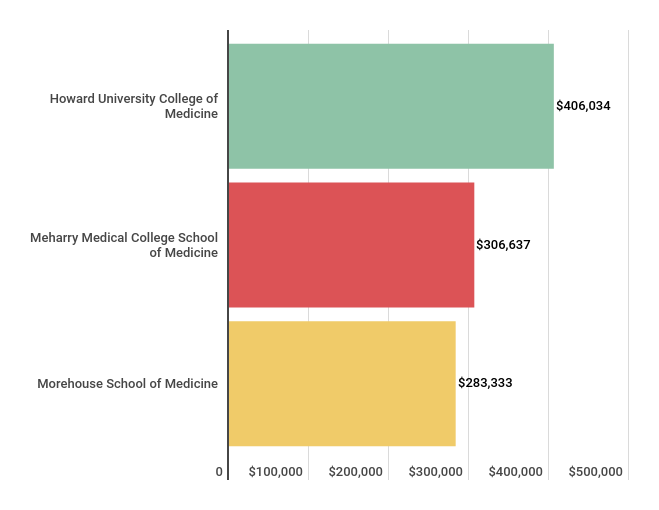 Where are HBCU physicians practicing?

HBCUs were originally founded to meet the needs of underserved members of society. Today, HBCUs continue that tradition—as do many of the physicians graduating from these institutions.

According to the latest college rankings from U.S. News & World Report, graduates from Howard University Medical School, Meharry Medical College and Morehouse School of Medicine are more likely to practice in medically underserved or rural areas.

Some medically underserved areas are also health professional shortage areas (HPSAs) designated by the National Health Service Corps. They can be geographic regions such as counties, specific populations or individual facilities with a shortage of medical, dental or mental health providers.

More than 70% of the country qualifies as rural, but only about 20% of the population live in these regions. With low population density, lack of infrastructure and poor health insurance coverage, many providers and health systems see rural expansion as a risk not worth taking. But the growing need for service in rural regions presents an opportunity for providers willing to overcome these challenges.

Medical and prescription claims data can provide powerful insights into the patients and providers within your target market, including the kind of medicine they practice, with whom they’re affiliated and how active they are. Combined with intuitive analytics and robust provider profiles, you can easily chart a physician’s entire career to determine whether they’re the expert or partner you need to advance your product.

To see the full potential of healthcare commercial intelligence in action, sign up for a free trial today.